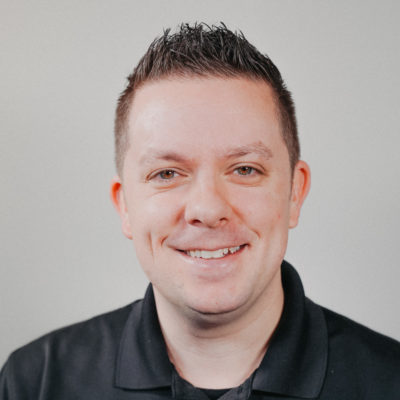 Mowing the lawn is probably one of my most favorite chores to do once the weather gets warm. And it sounds a bit sick, but I will even mow other people’s yards as a favor to them. I thoroughly enjoy looking over a fresh-cut yard, with everything edged, trimmed, and blown off. I even go through the trouble of bagging the clippings so everything looks perfect. It’s the best.

If my Dad was reading that last paragraph, I am sure it would have enticed a chuckle, smirk, or snort of disbelief.

It would be safe to say that as a teenager, mowing the lawn was not high on my priority list. Safer to say that I avoided it like the plague.

We kind of established things early on, that since my younger brother couldn’t stand housework, that he would do the outside work and I would take the bulk of the inside work. That was how things were done at this stage in our lives. This was the way. Leave it to Dad to throw a monkey wrench into a perfectly good system. I was sent out to mow the grass and my brother either got a pass on chores or he was assigned something else.

So out I went, less than pleased, and even less than committed to doing a good job.

Problem with me – as it always has been – is that I am easily distracted, and mowing a large, odd shaped yard like we had was a problem because of the mundane repetition that it presented. I would mow the perimeter, then go back and forth one way, then went perpendicular to the lines I started, pretty sure I did some crop circles after that, then went back to my first lines, back to the perimeter, some more perpendicular lines, and at some point after that, I got lost in my own yard and couldn’t figure out where to mow next. So I stopped. Confident that I had spent enough time and effort on that chore.

Then the inspection came.

My Dad is a West Point graduate. I don’t know that I ever asked him if he enjoyed military inspections, but I think he had to perform some at some point. So either the inspection of our work was an enjoyable pastime for him or he wanted us to share in his pain. Either way, his inspections were short, thorough, and often vague.

I responded with something like: “What’s not right about it? Show me or tell me what to fix so I can be done with it.”

“Do it ALL again.” (this ended the discussion)

Now I was mad, but had little option other than obedience, so I gassed up the mower again and mowed the entire yard again. This time, anger provided focus and I was determined to not have to repeat this chore. So I got the yard done, put everything away, and still had enough energy to stomp into the house. And there was Dad. I was sure I was in for something, and sure enough he hit me with a doozie:

Ok Mr. Miyagi. Paint the fence, wax on wax off, sand the floor, now make the sandwich. What in the blue moon are you talking about?

Dad took time to explain his statement. He knew that there was one specific passion that he and I both shared then – and now for that matter. One thing that he could ask me to do at any time of the day, and I would gladly do it with precision, focus, attention to detail, and joy.

I thoroughly enjoy making a good sandwich, and my Dad thoroughly enjoys eating a well-made sandwich. I am particular with ingredients, the right kind of mayo (we won’t start that debate – there isn’t one – it’s Dukes), good sandwich meat – sliced at the deli, fresh lettuce, tomatoes, on and on – it doesn’t stop, and now I want to make a sandwich.

Dad saw the effort, attention, focus, dedication, and heart that I put into making a sandwich, and he wanted to see it in everything else I did. “That’s not my thing” didn’t compute to him, or maybe it did, and the conclusion was something he didn’t care for. Dad was constantly putting us into situations where we had to do the job right and do it well, or it would be done again. Didn’t matter what it was, if he saw value in it being done correctly, we did it until it was correct. Coincidentally, I am really good at tying a canoe on top of a car. Proficient. Don’t test me.

I can’t thank him enough for those lessons.

So my question, to myself and to the reader: How high do you raise the bar for your children? What great expectations do you have for them?

Mind you, I do believe there is danger in trying to live vicariously through your children – forcing them to follow in your footsteps or succeed where you failed. But this isn’t that.

This is simply challenging your children to do things well. Whether it’s schoolwork, school projects, athletic competition, a job, a hobby, or otherwise – asking for their best, and not settling for sub-par. Children and teens alike often find themselves just getting the job done, completing the assignment, passing the class. Many of them place themselves in the category of whatever everyone else is doing, on par with their peers, or what the average person their age is doing.

I remember coming home after my Sophomore year of college, pretty satisfied with my efforts that year. I paid my way through college, so any year I finished was an accomplishment to me. Considering the hours that I had worked while taking a full credit load, I was also pretty content that I had passed all my classes. I was even happy with my C+ in New Testament Greek. My Dad took a look at my grades when they came in the mail – his attention was drawn to the GPA at the top of the page. He simply remarked “I think you can do better than that. I think you are able to have a 3.0 or better.”

Once I got past my initial reactions of – how dare he, and doesn’t he know how much I worked to pay my bill, and does he know how many guys flunked Greek? I realized that without fail, he had seen sub-par effort and raised the bar yet again. Needless to say, my Junior year (my hardest year) saw a 3.0 and the best grades I ever had.

The goal should be to teach and to train a young person in every aspect of life possible until they are a well rounded, competent, functioning adult. I, and I am sure countless others, can easily trace their adult successes back to the training from parents who just wanted their child to do his/her best.

Let’s not fail our children by failing to be their parent.